It’s International Women’s Day and we’re thrilled to have Iszi Lawrence join us in The Reading Realm to talk to Kevin Cobane about her wonderful debut The Unstoppable Letty Pegg!

The Unstoppable Letty Pegg is the fabulous debut historical novel from Iszi Lawrence. With Jiu-Jitsu, Suffragettes, roller skates and a hilariously funny Nativity scene this is a superb read exploring the struggle for Women’s Rights and the perceptions of race and class in the early 1900s. With themes of family and friendship and the role of girls and women in society, Letty sets out on a journey to discover the truth about her family and challenge the pre-conceived ideas that society expects her to adhere to ~ Kevin Cobane

Without giving too much away could you tell us a little bit about The Unstoppable Letty Pegg?

Imagine that your Mum is a Suffragette and Dad is a policeman: not only are they on different sides of the ‘give women the vote’ debate but they don’t get along anyway. Your mum is dead posh and your Dad isn’t… to make your life worse you don’t fit in at school, and you were just about to be accepted into the cool girl group when disaster strikes. You follow your mum to a riot and it kicks off. You’re rescued by Edith Garrud, the real life jiu jitsu instructor, and suddenly your world is turned upside down… and you are also turned upside down because she throws you in some horse poo. You start to learn jiu jitsu and with your new skills you try to fix all the things that are wrong … whether you are successful or not is another matter.

Where did you get the inspiration for your fabulous female protagonist Letty Pegg?

I really wanted to show how jiu jitsu changes you… so Lettice starts off pretty cautious and shy, with lots of fears and really bad judgement. She only really responds out of anger… jiu jitsu changes her, she starts to value things that matter, and learns to control her impulses and while she is still afraid, she learns how to deal with fear and pain so that it can no longer stop her.

Your book really captures the atmosphere of what life was like at the turn of the century especially with regard to the Suffragettes and their protests, the violence they faced, their hunger strikes and force feeding. How much research did you have to do in order to write the book?

Loads! As well as reading lots of history books, I looked at newspapers, including the ones written by suffragettes. There are a few things I changed for the book (it was the City Police not the Met who dealt with the siege of Sidney Street for example). I actually did silly things like I made the weather accurate. There was detailed weather reporting, (not forecasting but reporting!) in the papers in those days. So the weather you read about in the book is historically correct to the day.

How important to you was it to write a book about the Suffragettes and what Letty calls the Whizzpoo (WSPU -The Women’s Social and Political Union)?

Really important. I mean I don’t get into it too much in this book but the W.S.P.U were proper crazy. Brilliant but dangerous. Later on, they were considered full blown terrorists. History tends to paint over this part of their story. We have the image of a suffragette being very noble and solemn and quietly starving in a jail cell or being run over by the King’s Horse… and magically their meekness and sincerity won women the vote. No! They were blowing up buildings. Pouring acid into pillar boxes… they were cutting phone wires. AND they were also being silly, holding events in swimming pools, skating rinks, playing in brass bands and raising awareness through comedy sketches. They were nothing like the suffragettes I was taught about at school.

I do a History Podcast for grown ups called The Z List Dead List and invited my friend Dr Naomi Paxton on as a guest. She is an expert in the Franchise League which Edith was also a part of, and so she told me about Edith. I was intrigued. So much so that I started Jiu Jitsu myself!

Yes, I wanted it to feel real… History is way more exciting than anything I can make up. Also, if you ever write a book, I recommend historical fiction because you never start with a blank page, the events happen when they happen… All you have to do as an author is join the dots.

I have read that, like Letty, you are a Jujitsuka. How long have you been practising, what belt are you and would you recommend it to others?

I’ve been doing it now for nearly 5 years.  I’m a light blue belt in the jiu jitsu foundation jitsufoundation.org. We train in a very similar style to the suffragettes and it is SO MUCH FUN. I would recommend it to anybody. If you want to get fit, if you want to make friends and… well, I hope you will never need it, but if you want to know that you can look after yourself if someone were to attack you; then yes. Do it!

There’s a wonderful movement in the book on p59 where Letty receives some roller skates , tries them out and is described as looking like a ‘drunk pony’. Can you roller skate and if so how would you describe your skating style?

My roller skating style is VERY similar to Letty’s. I used to roller skate in the exact spot where she tries on hers for the first time… and I once fell face first down the steps at the sea front and sprained my arm.

There are many differences and tensions between Letty’s parents – the biggest being that her Father is a policeman and her Mother is a Suffragette. Was this contrast between her parent’s roles deliberate and if so why?

I wanted Letty to care about the issue… and why would an eleven year old girl care about politics and grown-ups wanting to vote? Because the fight spilled into her home. It stopped her from making friends. Letty I don’t think was ever truly passionate about the right to vote, not in the way Mabel or Florence or Sophia were… but she does care about people and about fairness, and that is why she believes in the cause.

On page 283 there is a wonderful quote about fear:

‘It’s a strange thing fear. Once you face it, it dwindles. The more you build it up, trying to avoid it, the worse it gets’.

What things are you afraid of and how do you deal with fear?

If you want a list of my fears we are going to be here for a looooong time! I’m scared of flying, the underground, the dark, injections, spiders, velociraptors… and lots of jiu jitsu stuff, like sacrifice throws and diving over objects when breakfalling. I find if I don’t confront these fears regularly, like not getting on the tube or avoiding handstand breakfalls… the fear gets bigger.

The only thing to do with fear is to face it, breathe it in and realise it doesn’t actually get much worse than that.

Sometimes fear just dwindles to nothing which is why escalators aren’t the hungry robot staircases from hell like they were when I was 8.

Letty and Mabel are the most unlikely of friends. Can you remember your best friend when you were Letty’s age and are you still in touch with them?

I’m going to be Andy’s best man this year. So yes. We’ve been friends since we were 4 years old.

Mabel. She’s got this positivity you cannot extinguish. I wish I were more like her.

Definitely Roald Dahl, C.S. Lewis etc but the book I really went back to re-read a lot was The Secret Garden. Coincidentally it is also set at this time. Oh, and I also loved anything Paul Jennings wrote – his short stories were so disgusting half the time my mother would hand them to me and tut, ‘well at least you’re reading something that isn’t Tintin.’ 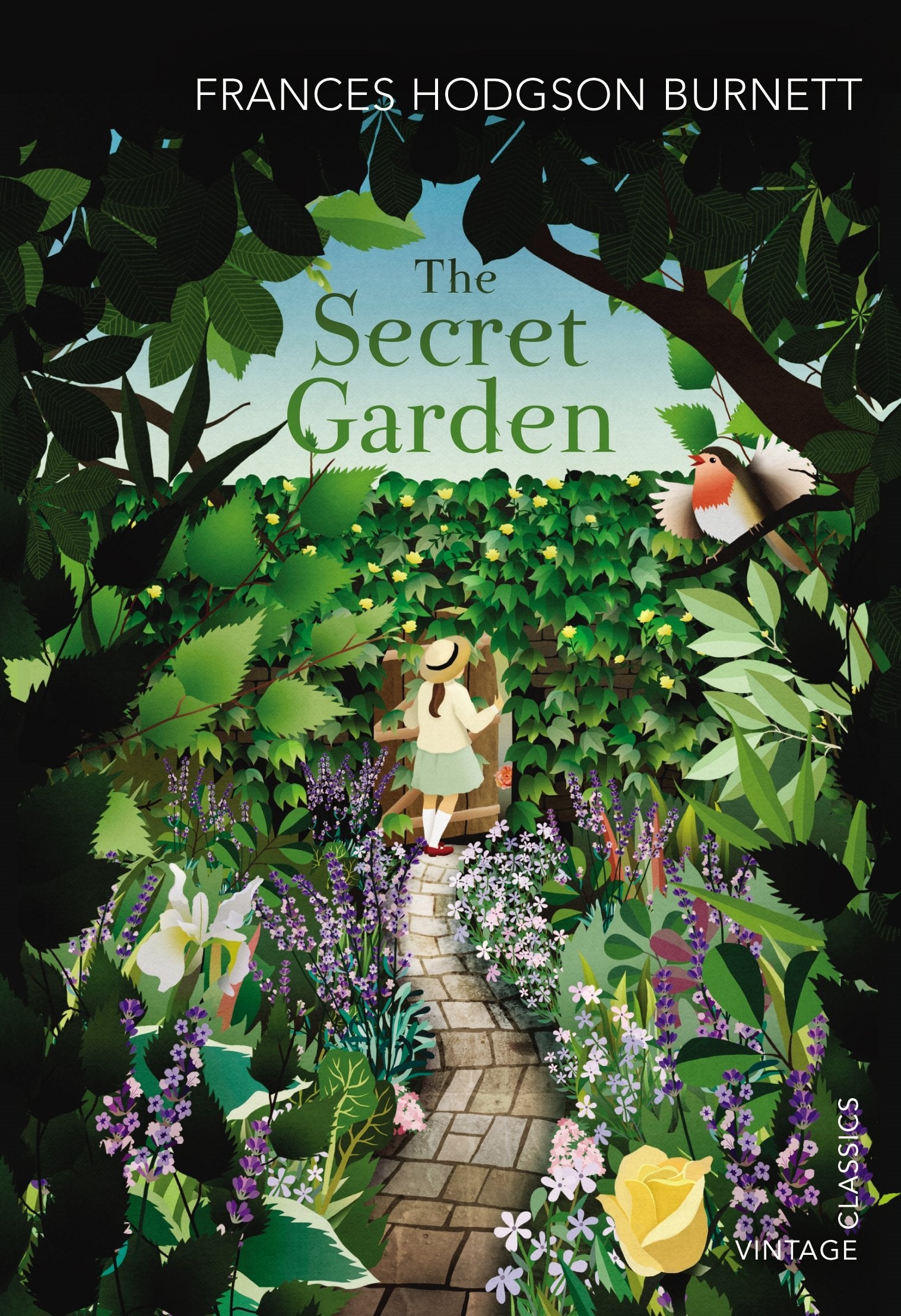 I will always love The Hitchhiker’s Guide To The Galaxy by Douglas Adams.

I enjoyed Inheritance by Jenny Eclair – dark, funny and a real page turner.

and… I would love to read whatever Natalie Haynes is writing next. I love her stuff.

At the end of the book we still don’t know for sure if Letty has managed to bring her family back together and there are other questions that are left unanswered too. Given that these questions remain unanswered do you have any plans for a sequel?

I think if there were enough people willing to read it there are certainly more stories to tell, not just about Lettice and Mabel but the suffragettes too…

Iszi Lawrence is a comedian, podcaster and history presenter. She is the
co-host of BBC Radio 4’s Making History and runs workshops for academic
institutions teaching people to be engaging public speakers. Iszi is a
purple belt in Japanese style Jiu Jitsu so she also spends time in the week
helping to teach short people (7-11 year olds) how to punch her in the
face. She dabbles in illustration, plays the guitar, likes cooking and enjoys
keeping fit. She lives in Reading with a poet and two cats.