Pog: An interview with Pádraig Kenny

Pog: An interview with Pádraig Kenny

Pádraig Kenny is an Irish writer. His debut novel Tin was a science-fiction thriller about robots. His latest novel, Pog, is about grief, monsters and a furry little creature you’ll love! Here Pádraig talks to Sarah Farrell about his new atmospheric, moving and exciting new story… 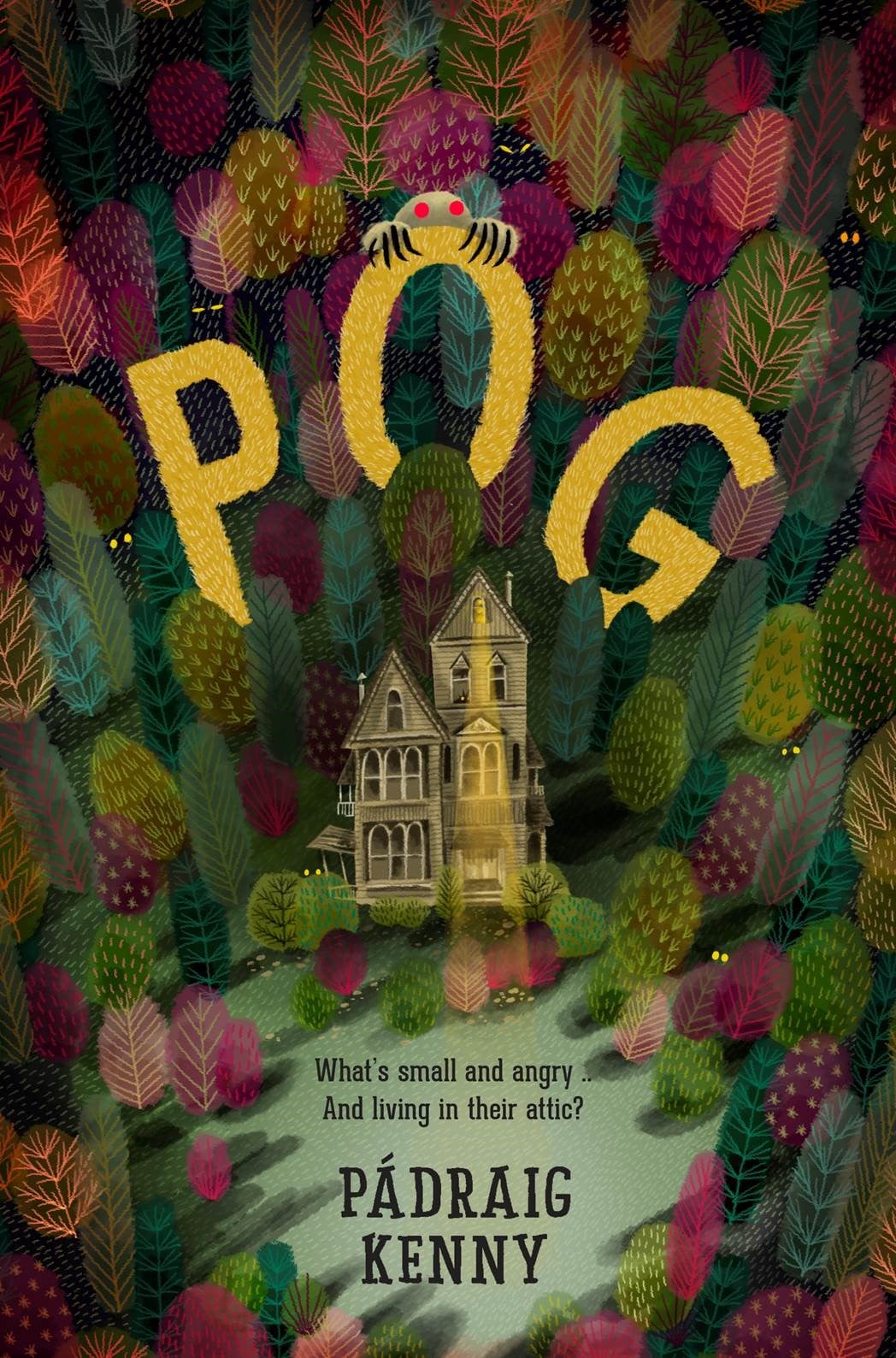 Pog is such a fantastic character, with his peculiar way of speaking, protective nature and love of pancakes. Where did the idea for him come from?

To be honest I don’t really know. Like a lot of things that I write he just popped into my head. I suppose the real reason he arrived was because I had two elements for a story –  a bereaved family and a villain, but I didn’t have anything to tie these two elements together until Pog arrived. I had an image of a strange furry creature hiding in an attic, and he became the glue that bound the whole story together.

Your first book, Tin, is a steampunk book themed around mechanicals and robotics while Pog is much more nature-based. Which one did you prefer writing?

It’s hard to say, but I think maybe I did feel a bit closer to the material of Pog. Writing for me has to be fun, even if I am dealing with emotional topics or dark and terrifying scenes. Pog was great fun to write.

I only really remember my paternal grandmother, and I was very young when she died.

Where did the name ‘the Necessary’ come from?

I wish I knew! Pog said it one day and it just sounded right. The portal itself was always going to be an element of the story, but the name is just something that appeared.

David and Penny both have very different reactions when they first met Pog. If you’d been in a similar situation, which reaction do you think you would have had?

I’m mussophobic, so anything vaguely furry and rodent-like would send me gibbering and screaming in the opposite direction.

Kipwik came to me in a dream over twenty years ago. He started acting exactly the way he acts in the book, so his character was almost fully formed. That said, I suppose maybe the White Witch was an influence, not in a conscious way, but in the way that most writers who are influenced by work they read as children are influenced.

As well as being divided into chapters, Pog is also divided into 5 separate parts. What made you decide to structure it in that way?

It just felt right. I tend not to plan things too much, so I rely on instinct and what feels right when writing a story. In this instance I just thought it would be nice to have different phases to the story, and I think readers like it too. There’s almost an unconscious little step up in their expectations when they come to a new section. It’s how I feel as a reader when I come across something like that, and as a writer you hope your readers feel the same way.

The description of the forest is very vivid, when describing it both in a positive light and a negative light. Do you enjoy spending time in nature?

I do, but I wouldn’t be the running up a mountain with a backpack and breathing in all the scents of nature type. I’m more of a “well that was a nice walk, but can we home now because the sun is too hot?” type.

The feeling of grief and death is almost tangible at times, especially when it’s described as a ‘terrible weight’. Were there any parts of the book that were hard to write?

There weren’t any particularly difficult parts to write, but I did have the sense that I needed to be truthful to the emotional realty of grief. I tend only to write things that provoke an emotional reaction in me, that way I know a reader will respond to them also.

David and Penny have to be strong for their dad and often put on a brave face for him although they are struggling with the loss of their mother. What advice would you give children who had lost a parent?

I wouldn’t feel qualified to give an answer. Having experienced personal grief I still wouldn’t feel qualified. Again it goes back to me not being comfortable providing an answer on the subject. In terms of my work all I can do as a writer is follow my characters’ journeys and hoping that the reader can empathise with them. I think a fiction writer’s job is to ask questions but not to provide answers.

After a grief-ridden story, the end of the book is very much about closure and saying goodbye in several different ways. What would you say the main message to take from reading Pog would be?

I don’t know, I get very nervous about the concept of messages. I did feel very aware of the fact that I was dealing with the subject of grief and trying to find an emotional truth to it, but then you come up against the problem of defining an “answer” of some sort, and I don’t think there is one and I wouldn’t dare define one. The characters deal with it each in their own way, and they have their own answers, but different people deal with it in different ways.

Can you tell us what your next project is? Will it be something similar to Tin or Pog, or something completely different?

It’ll be something completely different. It will be middle grade fantasy, but I like to change tack and try something new every time. I can’t say very much about it, except one word. Monsters!