Alex in Wonderland: An interview with Simon James Green

Alex in Wonderland: An interview with Simon James Green

Author Simon James Green joins us today in The Reading Realm for a chat about his hilarious, romantic, up-lifting new book Alex in Wonderland…

Without giving too much away, can you tell us about your new book Alex in Wonderland? What age group would you say it’s aimed at?

16 year-old Alex has just finished his GCSEs and should be looking forward to the best summer of his life, but when his two best mates go off on holiday without him, and his dad’s new girlfriend demands he gets a summer job, it looks like it’ll be the worst. But when he lands a job in Wonderland, an amusement arcade on the sea front, things start to look up – even if the boy Alex likes has a girlfriend, and even when threatening notes start to appear from someone who’s got it in for the place. But In Wonderland, nothing is quite what it seems and by the end of summer, Alex’s life will have changed in ways he could never have imagined. Alex in Wonderland is a feel good, LGBT rom-com – with a hint of mystery thrown in!

It’s hard to recommend ages for books, because so much depends on the individual, but I would say anyone from 12 years and older would enjoy it.

How would you say Alex is similar to Noah, another one of your popular creations? How is he different?

In the sense they’re both insecure teenage boys they’re similar, but it really ends there. Alex is already out as gay at the start of the book, whereas that’s a journey that Noah goes on, and whereas Noah has a misplaced confidence, Alex really has none. Noah’s whole energy is a lot more manic than Alex, who tends to be a bit more like Eeyore from Winnie the Pooh.

After the success of Noah Can’t Even and Noah Could Never, what was it like writing a story with new characters and an entirely new setting?

It was scary, because Noah is a well-loved character, and there’s always that fear that people won’t like the new one as much. Also, the Noah universe is something I’m very familiar with, having written two books and a short story, but with Alex, I had to start again from scratch, and that’s a lot of work – people, personalities, places – you have to work it all out.

In the story, Alex gets a job in the rather run-down, shabby arcade Wonderland. What’s been your best and worst summer job?

I only really had one summer job as a teenager, and that was in the local co-op. My main duty was to be in charge of the fruit and vegetables and would frequently involve lugging around huge sacks of potatoes, which as a skinny boy with no real strength, I was spectacularly ill-equipped to do.

Maggie, the owner of Wonderland, is a brilliant, complex character. I loved her! Who or what inspired her?

I think she’s a combination of various no-nonsense-women-you-wouldn’t-want-to-cross-but-with-big-hearts that I’ve met over the years. I think when you’ve got a cast of teenagers up to their ears in assorted antics, it’s good to have a foil for all that – someone who can bring them all down to earth and tell it like it is. And she’s a mentor character, of course, which is what all the teens in the place need – even if her methods are a little unconventional.

I don’t do dates. I never have. It’s completely off-brand. 😉

When they are sharing a pizza, there’s some comments about pineapple on pizza. I feel this may be the most important question of the whole interview…Pineapple on pizza? Yes or no? What’s your favourite pizza?

I rarely order it, but I certainly don’t mind it. Some people, however, have surprisingly strong opinions on this. I tend to like classic, simple flavours on a nice, thin, base: tomato, mozzarella, basil, maybe a bit of cured meat.

During the summer, the characters try and develop and improve Wonderland by developing and creating a Roswell experience. Are aliens and conspiracy theories a particular interest for you?

Yeah, I love all that stuff. I could lose myself for hours digging around the internet at all those stories of government cover ups!

You talk about how ‘quiet kids have it rough in a world that loves noise’. Were you one of the quiet kids at school? What are your memories of school and your teachers?

I was, yes, but I think the point extends to adults too – everyone and everything is so noisy now, vying for your attention, trying to get noticed, it’s exhausting. It’s not just sound I’m talking about – it’s the whole way we live – social media, advertising, the whole pace of life – it’s big, and loud and there’s so little time to sit and reflect – honestly, I think it’s making us ill.

In terms of school, my memories are mostly very positive. Like most people, I have a collection of school-based horror stories, but overall, I emerged pretty unscathed. I think part of that was that I developed an ability to laugh at myself and situations I found myself in, which is one reason why I love writing comedy so much today and why I’ll always believe in the power of laughter.

You talk about Alex and Ben feeling like they need to snatch their hands away in public or check to see if anyone is looking before they kiss. How far do you feel the LGBTQ+ community has come in terms of equality and acceptance? What else would you like to see happen?

If the last few months have shown us anything, it’s that we haven’t come as far as we might have thought. We’ve seen reports of numerous homophobic attacks, we’ve had parents protesting about LGBT characters in books, and a bunch of idiots completely missing the point and asking for ‘straight pride’. The fight continues, and we must never take the advances that have been made for granted, because there are still people out there who would love to take them away. The bottom line: there are still not many places you could, for example, hold another guy’s hand in public and not have a disapproving look, a remark, or sometimes worse, thrown your way.

Are there any other LGBTQ+ themed stories you’ve enjoyed recently that you’d recommend?

I really enjoyed Out of the Blue by Sophie Cameron, and I’m really looking forward to reading her latest, Last Bus to Everland. 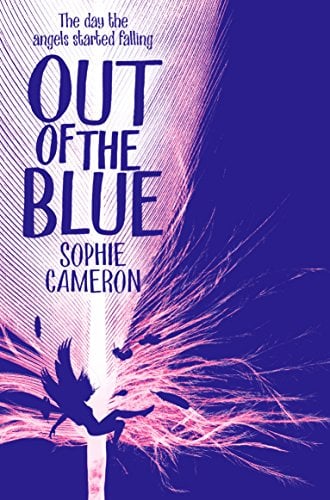 I can definitely see an Ibiza-themed sequel! What do you think Alex and Ben are up to now? Are they likely to return?

The book ends in a very neat place, but I would never say never in terms of a sequel. The issue is always what the emotional arc would be for the characters, and it’s already been a rollercoaster for Alex and Ben, so what more can I put them through?!

Finally, can you describe Alex in Wonderland in three words?

PrevPreviousReading for Pleasure Action Plan
NextThe Darkness and Sadness at the Heart of the Tale: An interview with MetaphrogNext