The Black Lotus: An interview with Kieran Fanning

The Black Lotus: An interview with Kieran Fanning

Kieran Fanning, author of The Black Lotus, dives into The Reading Realm today to talk to Alfie Bache about the Samurai Empire and his top tips for writing tense, exciting scenes!

Without giving too much away, can you tell us about The Black Lotus?

In 16th century Japan, Lord Goda forges three powerful swords that can cut through space and time. Combined, they can do untold damage. Goda uses these weapons to start taking over the world. His reign of power is hampered when one of the blades is stolen by a shadowy resistance group called The Black Lotus.

Fast forward to modern times, and the Samurai Empire has taken over the whole world, except for America. Now meet The Black Lotus’s newest recruits: Cormac from Ireland, Kate from New York and Ghost from Brazil. Recruited because of their ‘special abilities’, they are brought to an underground school hidden in the mountains of Japan. There, they are trained in the ancient arts of the shinobi, or ninja. Will they be able to prevent the Samurai Empire’s colonisation of America, or will they stopped by Goda’s powerful blades?

What inspired you to combine the two settings of Japan and New York?

Well, having studied karate as a kid, I became very interested in all things Japanese – especially feudal Japan. I wanted my story to have an international flavour and I needed a nation to challenge my fictional Samurai Empire. It had to be a country with wealth, military and power, so the obvious choice was America. I needed a city in America where my battle between the modern Black Lotus and the medieval samurai could take place. Again, the choice was obvious – New York! Imagine ten thousand armour clad samurai pouring through a time portal into Times Square!

How did you approach the transition from 16th century Japan to modern day New York?

I did a lot of research on medieval Japan to get the setting right. Modern day New York was a bit easier, because I’ve been there, and even if I hadn’t, I think everybody knows New York from the movies. It’s such a cinematic place, and incidentally, my book is very cinematic too. Or so people tell me.

Before writing, how do you create and develop your characters?

A character usually starts out with something as simple as a name. Their motivation is their reason for being in the story. As I write, I develop their personalities, their physical attributes and their backstories. They develop as my story develops. Draft after draft, they become clearer, more defined, closer to being fully formed.

What was your inspiration for the character of Ghost?

I have been to Rio de Janeiro and seen the wealth that lives alongside the absolute poverty. I wanted to put both of these into my story, so I chose a wealthy apartment in Copacabana as my Brazilian setting. I needed a contrasting character to put into that setting. That’s where Ghost came from. He’s from a favela, which is like a slum. Why would a kid from a favela be in a rich neighbourhood? Because he’s a thief. Why is he a thief? Because he’s good at it. Why is he good at it? Because he can turn invisible. How… By asking questions like these, your character starts to develop on the page, until he becomes a living, breathing thing.

Which character are you most like? Ghost, Cormac or Kate?

The three characters have very different backstories to mine, but if I had to choose one, I’d probably go for Cormac. He is Irish after all. But I can’t run up walls!

Would you rather be able to run up walls, turn invisible or be able to talk to animals? Or maybe you’d even like another special power!

Being able to do any of these things would be cool, though running up walls might attract too much attention. Turning invisible, could get you into a lot of trouble. It becomes a curse in many ways for Ghost. This idea of a superpower as a curse came from the novel, Fade, by Robert Cormier. In it, the main character, Paul Moreaux, discovers he can turn invisible, and it leads him down a dangerous path. I’m not really an animal person, but I know a lot of people are, and for those people, talking to animals would have to be the coolest superpower. As for other special powers? How about the ability to always have change for the parking meter, or the ability to always find an empty car parking space, or the power to read your own mind? They’re things I’d find useful.

The Year 4 children I teach love an exciting battle scene. What are your top tips for writing a tense, descriptive scene?

I love writing scenes like these because they are so visual. My biggest tip is to pretend you are making a movie – that you’re holding the camera. Zoom out so that we can capture the entire scene. Pan across the different elements, and don’t forget to zoom in on details. Remember, it’s all about showing, not telling. And don’t forget the other senses too – what can you hear, smell or feel? It’s also important not to lose yourself in the description – the action of the story and the characters are paramount – description is just the icing on the cake. But as we all know, the icing is often the best part!

Can you recommend three other books for children who say they don’t like to read?

Usually kids don’t read because they’ve been reading the wrong books. Encourage them to read something different – a graphic novel, sports fiction, horror. If I had to choose three books for reluctant readers I’d choose Holes by Louis Sachar because it’s brilliant, the Alex Rider series by Anthony Horrowitz or Framed (or anything else) by Frank Cottrell Boyce. 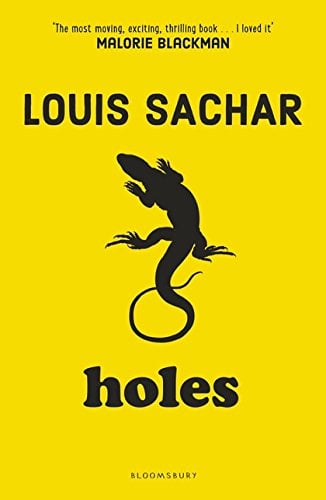 How do you think your role as a primary school teacher has helped your writing and the creation of The Black Lotus?

I’m not sure it has helped me a lot, but it definitely hasn’t done any harm. Being constantly surrounded by kids and kid’s books is bound to feed into your writing. I suppose I get to see what kids like or don’t and the playground politics is always fascinating.

What do you think are the challenges for teachers today who are trying to encourage reading for pleasure in their classroom?

The internet, which is a brilliant thing, mostly, has reduced our attention spans, and especially those of children. It can be daunting for a child to face into a 300 page book if they are used to only reading online snippets of texts. I usually find that the best readers are those that don’t spend a lot of time online. So I guess, competing with the internet is the biggest challenge, in my opinion. Also, a lot of kids come from homes without books or where there are no readers. Children usually copy what’s modelled for them in the home. If you want your child to be a reader, read yourself, talk about books, have books around you.

Will there be a sequel to The Black Lotus? What are you currently working on?

There was supposed to be a sequel to The Black Lotus, and indeed half of it is written, but my original publisher wasn’t interested in it. However, if I get a new publisher, I’d love to do a sequel.

At the moment, I’m working on lots of things: a middle grade science fiction novel, a chapter book set in an art gallery, a jungle adventure, a supernatural thriller, an animal fantasy and two textbooks – so yeah, I’m busy!

Finally, can you describe The Black Lotus in three words?

Chicken House describe all their books in three words so I’m going to choose the three they put on the blurb: dangerous, time-travel, adventure.

Thanks Alfie for your brilliant questions, and to Kieran for your insightful answers! Alfie is an NQT and blogs here!

PrevPreviousThe Darkness and Sadness at the Heart of the Tale: An interview with Metaphrog
NextAccessible, engaging and unique: A review of The Reading Realm iPad appNext